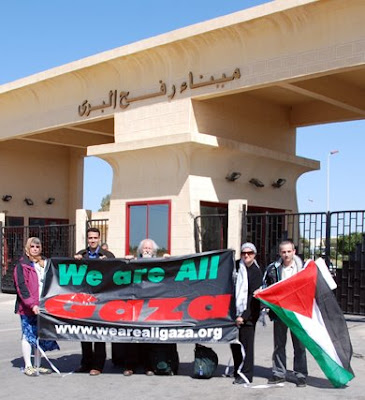 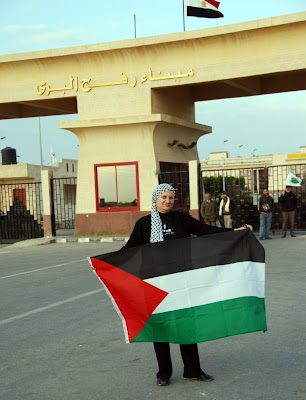 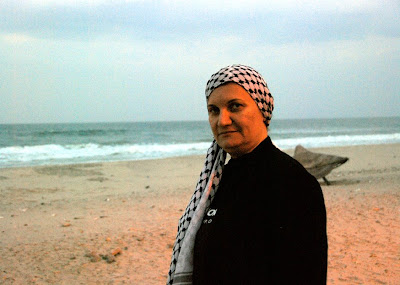 HOUSTON (February 26, 2009) -- The coordinating committee working on behalf of Sahar Abusada’s mission to provide humanitarian assistance to the residents of Gaza is outraged at the Egyptian’s government refusal to allow Ms. Abusada’s entry into Gaza.

On February 15, 2009, Sahar Abusada, a Houston area resident, left for Cairo to oversee the delivery of 140 tents and 280 blankets for Palestinians left without homes following the Israeli air attacks on Gaza. Money for these supplies was raised by Houstonians responding to the growing humanitarian crisis.

On arrival in Cairo, Sahar Abusada coordinated the delivery of the supplies to the Palestinian Red Crescent. However, when attempting to enter Gaza from the Rafah border checkpoint, Ms. Abusada was twice refused entry by the Egyptian government despite having an “official permission letter” from the American Embassy.

As the Israeli blockade continues to leave Gaza’s 1.5 million inhabitants without sufficient food, water, fuel, electricity or medicine, immediate action is necessary. Ms. Abusada desires to visit Gaza to assess the ongoing humanitarian needs of the Palestinian people. Our committee, therefore, calls for the Egyptian government to recognize the desperate crisis of the Palestinian people and allow Ms. Abusada entry into Gaza.

Sahar Abusada is accessible for telephone interviews prior to her return to Houston on Saturday, February 28th. To arrange a time, please contact one of the media representatives listed above. Otherwise, Ms. Abusada will be available for one-on-one interviews at Houston’s George Bush Intercontinental Airport (Terminal D) at the time of her return. Ms Abusada is scheduled to arrive on KLM flight no. NW 8661/KL 661 at 1:35 pm. Following her clearance through US Customs, Ms. Abusada will make a brief statement and answer any media questions. An English/Spanish translator will be available.
For more information on Ms. Abusada’s mission, please visit http://gazawearewithyou.blogspot.com/
Copy: Egyptian Embassy in Washington DC
Posted by sahartravel at 3:03 PM